Midway through November, we find the Holiday season picking up pace to bring lots of entertainment and activities to the picks of the week

Ceasefire: Honouring Remembrance Day, The Cultch honours the 100th Anniversary of the Armistice with the continuing Ceasefire Series as the last of three plays exploring the causes, effects, and traumas of war from different lenses wrap up.

Red Rider: Get in the Spirit of the Season as Align Entertainment brings the holiday classic A Christmas Story: The Musical to the Michael J. Fox Theatre stage in Burnaby, closing November 17, 2018

Enemy: The Enemy at The Firehall Arts Centre is a topical, contemporary interpretation of Henrik Ibsen’s An Enemy of the People, running until December 1, 2018

Jazz: Tyrant Studio’s Friday Jazz brings Stephanie Davis with the sounds of Broadway to the Tyrant Studio Lounge upstairs from The Penthouse 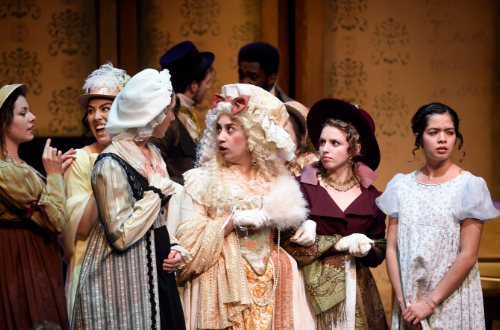 Sense: Exit 22 Production’s 2018-19 season gets underway at Blueshore Financial Centre for Performing Arts at Capilano U, with an adaptation of Jane Austen’s Sense & Sensibility the story of sisters Marianne, free-spirited and romantic, and Elinor, sensible and reserved who find themselves thrown into an unkind world when their father dies, running November 15 – 24.

Crawl: From November 15 to 18, 2018 the 22nd Annual Eastside Culture Crawl brings art lovers from all around Metro Vancouver to East Vancouver, for four days of open studio visits.

Supertramp: The famed Roger Hodgson brings his catalogue of classic rock sounds to the River Rock Show Theatre on November 17th and at Hard Rock Casino Vancouver on November 18th,

Art: Visit Kimoto Gallery November 2 – 24, for a new series of paintings, Water, by Vancouver artists David Wilson looking at the natural watery surroundings and rain-soaked city streets of his hometown.